Posted by David Jerrett at 11:17 AM in News | Kibanoni Primary School Foundation 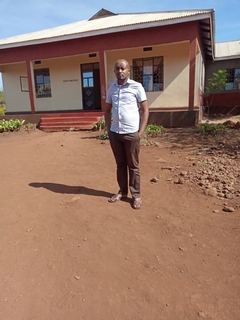 The Kibaoni Primary School has a new headmaster.  His name is Beatus Martin.  Beatus attended primary school at Tsaayo primary school in Mbulu-Manyara from 1996-2002.  His secondary education was at Sanu seminary, which is also in Mbulu-Manyara, from 2003-2006.  Then in 2007-2009, he studied advanced level education at Musoma technical high school in the Mara region.  In 2010-2013, he received his bachelors degree at UNIVERSITY OF DODOMA (UDOM).  He was then employed in the Karatu region to teach at Getamock secondary school from 2014-2018.  From there, he was transferred to the Getamock primary school in May 2018.  Finally, he was transferred to the Kibaoni primary school on July 2018.  Beatus' hobbies include watching football, reading books and keeping up on the news.